The Urgency of Procurement Reform after State Capture in South Africa 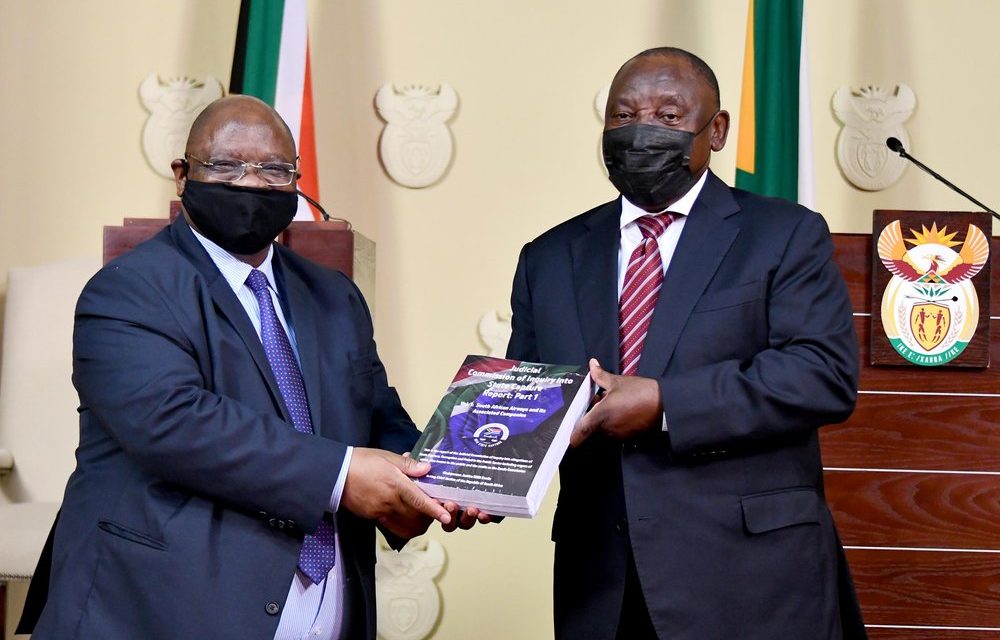 Even a cursory reading of the published parts of the report of the Judicial Commission of Inquiry into State Capture (the Zondo Commission), leaves no doubt that public procurement was at the heart of state capture in South Africa, says Prof. Geo Quinot, professor of law at Stellenbosch University and director of the African Procurement Law Unit, in his critique of the report.

Given the copious amount of evidence of procurement abuse, it is no surprise that the Commission concluded that “the evidence overall show[s] how poorly the procurement system has been working in practice”. This is hardly news. Many institutions have, for many years, noted the poor state of public procurement in South Africa. The Auditor-General has for at least a decade highlighted procurement as a high-risk area of public finance management failures, Public Protector findings on maladministration in procurement go back even further and National Treasury noted in 2015 that the “negative effects of inefficient public sector Supply Chain Management, particularly in the procurement phase of the chain, are well documented”.

It is the procurement recommendations in the report that are noteworthy. These are quite specific and detailed, in contrast to the other  largely general recommendations for further investigation and prosecution. Some of these are eminently sensible and should simply be implemented without much further debate. However, some must be viewed more cautiously and require careful analysis.

Common sense recommendations that should be realised immediately include a national charter against corruption, greater protection for whistleblowers, professionalisation of the procurement function, enhancing transparency, and protection of accounting officers acting in good faith. These are largely uncontroversial and there are ample examples from other systems where similar initiatives have been introduced. For example, the notion of integrity pacts is well-known in procurement systems world-wide and offers examples of how to operationalise the somewhat nebulous recommendation of a “national charter against corruption”.

A key recommendation is the creation of a procurement officer’s profession. This idea has long been mooted in South Africa and important work has been done to create professional competence levels and curricula to train Supply Chain Management officials. However, implementation has been slow, if not non-existent. One hopes the Commission’s recommendation creates the political and administrative will to see professionalisation initiatives through to implementation.

In the category of recommendations that require more careful analysis are the remarks about greater procurement centralisation, the call for a narrowing down of the objectives of the procurement system, and the establishment of a Public Procurement Anti-Corruption Agency (PPACA).

“If South Africa had a highly centralised procurement system at the outset of the state capture era, one wonders how much more intense procurement abuse would have been.”

From a practical perspective, highly centralised procurement may result in acquisitions that are largely generic and hence not fit-for-purpose to a user. The costs and logistical challenges of warehousing and distribution inherent in central acquisition could easily undermine any price gains in buying bulk. From a legal perspective, centralisation is also difficult. The paradigm of the South African public finance management governance system is that public entities are responsible for their own finances. To take procurement decisions away from public entities in a centralisation move would seriously undermine the coherence of this system.

The Commission’s hierarchical approach to procurement objectives is outdated. It is now widely accepted that any procurement system serves multiple purposes, which do not exist in a simple hierarchy where one can talk about primary and secondary objectives. This international recognition is best illustrated by the concept of sustainable public procurement (SPP) endorsed in the United Nations Sustainable Development Goals. SPP’s premise is that all objectives falling within the broad categories of economic, environmental and social must be balanced and one should not be prioritised over another, least of all the old-fashioned obsession with low cost. It is widely recognised that “least cost” is often not in society’s best interest, for example where it is achieved at unacceptable environmental impact or slave labour. A modern, nuanced view of any procurement system’s objectives should thus  instead focus on balancing objectives.

Finally, while I welcome the Commission’s call for the establishment of an independent entity to oversee procurement, I have serious reservations about such a body’s mandate as recommended. The Commission effectively endorses the current fragmentation of procurement regulation by recommending a body to oversee only one aspect of procurement — corruption. This is an overly narrow approach and not practically feasible. It loses sight of the reality that all aspects of public procurement regulation also serve a counter-corruption agenda (in addition to other objectives, such as cost-effectiveness and equity). For example, having standard bidding documents for all procuring entities can curb corruption. It would, however, be a stretch to argue that it is within a PPACA’s mandate to design and implement such documents. The recommendation should be broadened to involve the creation of a general procurement regulatory authority, independent of government, with powers across the entire public procurement sector.

Overall, however, the Commission’s report brings much-needed urgency to the long-overdue reform of procurement regulation in South Africa. One hopes that the President’s commitment to tabling a plan of action in Parliament in response to the report by June would include concrete steps, with clear timelines, about procurement reform.

This article was originally published by the African Law Matters blog on 3 March 2022. See more at www.africanlawmatters.com.

By Prof. Geo Quinot, professor of law at Stellenbosch University and director of the African Procurement Law Unit. His teaching and research focus on general administrative law with a particular interest in the state as a commercial actor, such as public procurement law. Apart from teaching and conducting research in these areas, Quinot often advises both government entities and suppliers on public procurement transactions. Quinot holds the degrees BA(Law), LLB, LLM, MA, MPA and LLD.

Corruption in government procurement, how are they doing it?

Unwelcome side effects of the DTI’s new B-BBEE codes