While some businesses spend millions every year on basic office groceries such as coffee, tea, cleaning materials and other everyday commodities, very few manage their spend on these essential items effectively. “It’s easy for anyone in the organisation – from a driver or messenger to the chairman’s personal assistant – to quickly go to the supermarket to buy tea or milk or toilet paper.” “As a result”, says Wayne van Deventer, National Strategic Sourcing Manager at MWEB CommerceZone, “many companies end up spending more than budgeted for on these goods, waste time and lose BEE points.

“Companies can’t track what was purchased or the true cost of these purchases,” he tells Smart Procurement.
Van Deventer acknowledges that purchasing a product that’s ‘on special’ at a supermarket today might be at a cheaper price than ordering from a supplier that specialises in servicing the corporate sector, and with which the purchasing company has negotiated a supply contract. But this does not take into account the TCO (total cost of ownership of the purchase transaction.

“Absolutely the cheapest – Perception not reality!”
A recent strategic sourcing exercise conducted by MWEB CommerceZone on behalf of its customers – users of the CommerceZone e-Procurement platform who cumulatively spend an estimated R5-million annually on groceries – revealed that most companies can benefit on more than price by effectively managing their grocery purchases and avoiding maverick (off contract) spend through the implementation through the adoption of effective e-Procurement tools.

“Our strategic sourcing process involved all suppliers from which our customers had obtained supplies in the past year, including those we were told were ‘absolutely the cheapest’ for one or more commodity. In most cases, we found the ‘absolutely cheapest’ was more a case of perception than reality,” he adds.
“By purchasing from contracted suppliers identified through the strategic sourcing exercise, the CommerceZone customers not only benefit from consistently competitive pricing, they also have the convenience of front door delivery and workflow approval, enabling all spend to be accurately managed. In addition, because these suppliers’ BEE ratings have been verified, purchasers can claim a significant percentage of all their spend on groceries towards their BEE scorecard.”

The Sourcing Process
The CommerceZone sourcing team identified 35 potential suppliers who were invited to participate by completing an online e-RFI (electronic Request for Information) document.
Based on this information, seven suppliers who met certain minimum requirements relating to their commercial capacity and BEE credentials were permitted to proceed to the next stage – a real-time, online e-Bidding process involving a total of 75 line items. These ranged from popular brands of instant coffee and tea to dishwashing liquid; from long-life milk to toilet rolls, sugar to plastic teaspoons.

An opening-bid price had been set by CommerceZone for each line item. Suppliers could either meet or better that price. As suppliers submitted their bids online, they were informed only whether or not theirs was the lowest bid. If their bid was not the lowest, they could adjust their bid throughout the event and improve their bidding position.
Following the e-Bidding event, the team evaluated the suppliers’ responses and three suppliers were short-listed based on their bid prices as well as their pre-determined commercial and BEE scores.
These suppliers then met with the CommerceZone sourcing team for further talks. Based on these meetings, their appointment as preferred suppliers for office groceries was confirmed.
CommerceZone customers can now choose which of the three suppliers they wish to obtain their groceries from, basing their decision on price, BEE and service levels.

PURCHASING MANAGER™: A NO RISK, FIRST STEP INTO E-PROCUREMENT 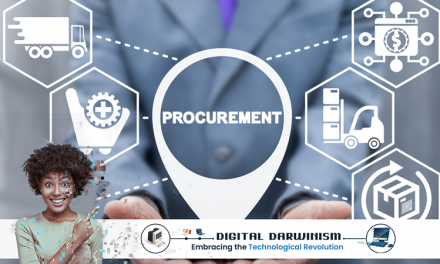