Contracts: Paying for what works

Are performance clauses and outcomes-based contracts the answer?

Dr Susan de Witt from the Graduate School of Business at the University of Cape Town unpacks contract performance measurement in this month’s SmartProcurement.

For as long as we can remember – if a government or donor wanted a third-party implementer to teach 100 children in a classroom to read – they would have calculated how much the teacher, building, books and curriculum cost, and paid an amount of R100 000 (for example) in tranches over the course of a year to cover those expenses. They would have desired all the children able to read at the end of that year but would have relied on anecdotal evidence of success, rather than setting aside a marginal amount of the budget in order to verify it.

With the advent of the global economic crisis, the budget of R100 000 became a budget of R80 000, and it became evident that traditional contracting methodologies – along with improved monitoring and evaluation – were still not able to raise the bar sufficiently for the best allocation of resources.

Performance clauses and outcomes-based contracts
Development agencies, such as the World Bank and DFID, started to build clauses into contracts, which meant that implementers would be paid for output rather than input. In other words, they started to pay for each of those 100 children that sat in the classroom and the number of days they attended school. That way they did not have to pay if fewer children signed up or if those that signed up did not actually come to class. Global Partnership for Output-based Aid and Programme-for-Results were two of the largest programmes of this kind to use this results-based finance approach.

In 2010, when Social Finance – a new consultancy in the UK – took the concept a step further, the outcomes-based contract was born. They surmised that if we were able to test the ability of children to read, it would make perfect sense if governments and donors only paid when this had been proven. At the end of the year, when the teacher had taught the curriculum to 100 children in the classroom, using the materials at hand, they would be paid on the basis of whether each child passed a literacy test.

Challenges with funding
They had another problem to solve. If implementers were only being paid at the end of the year, how were they going to fund activities in advance of that payment occurring? And what would happen to them if the children were not, in fact, literate by the end of the year?

For large for-profit providers that was not much of an issue. They could either pre-fund activities off their balance sheet or go and take out a loan from the bank. For smaller NGOs, which we know are often really good at dealing with people with complex sets of problems, they needed a source of working capital to tide them over until the payment would be made.

Impact bonds
Impact investors, who come in the form of foundational investors, high net worth individuals, development financiers, etc. are not only concerned about achieving a financial return but are also interested in creating net positive social or environmental impact. Many such investors over the course of the last seven years have been willing to provide finance to smaller NGOs to be able to deliver social programmes in over a hundred outcomes-based contracts or ‘Social Impact Bonds’ as they have come to be known covering issues as wide as early childhood development, homelessness, workforce development, storm-water drainage, disease prevention, etc. Almost $400-million has been raised for impact bonds outside of the almost $27-billion spent in almost 80 low- and middle-income countries worldwide for output / outcomes of developmental programmes.

South Africa joins the global trend
South Africa has joined this global trend to test and refine these contracts in order to improve the cost effectiveness of services, better the transparency of contracting, and strengthen the capacity of organisations to service and redirect money into highly effective programmes.

SA Logistics must make bold steps to drive costs down 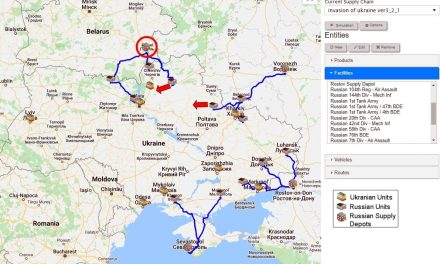