Driving expenditure management excellence with the numbers on your side

A passing glance into the pit lane of any Formula 1 racing team reveals seated engineers providing drivers with real-time racing input based on data feeds from the cars. In a sport where split-second calls can decide a podium finish, it definitely helps to have the numbers on your side.

Team McLaren analyses telemetry data from every race on a real-time basis using SAP HANA to make course corrections during the current race as well as off the circuit. In the 2012 Brazilian Grand Prix, the crew of the Red Bull racing team pulled an amazing feat by providing corrective measures for Sebastian Vettel’s car using data gathered from his car moments after an earlier collision in the race.

Closer to home, in the world of sourcing and procurement, the belief that good spend management begins with good spend visibility holds equally true.

Spend visibility was important to as much as 86% of firms in a SAP study. Yet, in the same survey (which polled procurement leaders from multiple industries), only 40% of the companies have good visibility on their spending and suppliers. This conundrum is owed to the multiple challenges that organisations face in their spend analysis efforts, such as disparate data sources, data inconsistency, poor supplier visibility and so on.

The benefits from such efforts are many. It extends beyond quick-hit sourcing savings opportunities to working capital optimisation, risk mitigation planning, corporate social responsibility and the like.

A financial services firm discovered that across its different subsidiaries it maintained multiple payment times with the same set of suppliers. Optimising it to a single payment term alone helped the company save over $2.5-million in working capital by extending the average Days Payable Outstanding (DPO).

A manufacturing firm aggregated its spend data from over 100 sources while classifying it to a single taxonomy and identifying supplier linkages. In the process, it identified opportunities to rationalize its supplier base by nearly 20%.

A media and entertainment company achieved, from a single category, sourcing savings benefits that far exceeded its investment in spend visibility for a period of three years.

The examples above make it clear that spend visibility can deliver tangible value for sourcing and procurement. However, good spend visibility is merely a stepping-stone for spend management excellence. It is not an end in itself.

The insights delivered from spend visibility are put to best use through disciplined execution in an ecosystem of collaborative processes comprising strategic sourcing, supplier management, procurement and business networks.

To equip your organisation with greater spend visibility contact Ariba. 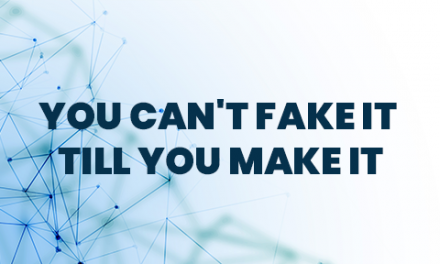 Data: You can’t fake it ’til you make it

Outsourcing Management of Print can lead to 30% cost savings

Procurement agility in the age of digitalisation