Very often there are pressing needs that make more conventional procurement methods unrealistic. Emergency purchasing procedures are followed in unforeseen situations because immediate procurement of materials or services is necessary to continue operations of an essential department, or for the preservation of the health, safety and welfare of people, or the protection of property when there is present, immediate and existing danger.

Depletion of stock through normal routine usage is not considered an emergency for the purpose of invoking such procedures, nor is poor planning.

Unfortunately, the abuse of emergency procurement is not only notorious but extensive, and it seems to be omnipresent in all municipalities in North America.

Although the need to move quickly in the face of an emergency is obvious, the negative financial impact of emergency contracting is often staggering. Contracts entered into when the wolves are at the door are often one-sided, in favour of the supplier and also often involve minimal oversight.

Common sense would seem to dictate that emergency expenditures should be kept to a minimum through properly planned procurement and the monitoring and replacement of inventory.

Instead, all too often the regular maintenance of capital items is deferred and lifecycle replacement costs are put off in the hope that worn out and obsolete equipment can be used for a few more years.

Bylaws cannot address problems of this sort, particularly when they result from decisions taken by council not to replace necessary staff or to incur necessary expenditures in order to keep tax increases low.

Another common cause of non-competitive procurement in administering the procurement function of any large organisation is special pleading: the argument that the normal rules governing procurement should not apply to a particular department because of its ‘unique’ circumstances.

At most cities, the legal department is the worst offender in this regard. Almost on a daily basis outside counsel are retained by the city solicitor without even lip service being paid to the idea of a competitive award.

Unless care is exercised, this kind of expenditure can very quickly get out of control.

For instance, in the case of the City of Los Angeles, annual outside council costs for the city increased from $17.5 million in fiscal year 2004-05 by more than 82% over six years.

For the six-year period, outside council costs totalled $162.5 million and consisted of both legal fees (costs related to attorneys and paralegals working on cases) and expenses such as other goods and services incurred by law firms, including the costs of expert witnesses and consultants.

Commenting on this sky-rocketing cost, the California State Auditor observed the Attorney’s Office lacks necessary information to demonstrate that it follows its needs assessment policy and that its outside counsel recommendations are based on a competitive process.

It is always argued that a non-competitive approach to procurement is necessary to get the ‘best quality’ legal advice.

Only lawyers, it is said, can evaluate the work of other lawyers and the price that competing lawyers offer to do the same work should not drive the award of the contract because the cheapest lawyer will often not be able to do the work as well.

Perhaps this is true, but there is no particular reason to believe that the most expensive advice is necessarily the best, either. It is worthwhile comparing governments with banks in terms of the way they purchase outside legal services.

When banks want legal work done, they routinely call around to several firms to get a fixed price quote for the work in question. Banks are just as big and just as specialised as most municipal governments. If competition works for a bank, why not for a small- to medium-sized city?

Stephen Bauld is a government procurement expert and can be reached at swbauld@purchasingci.com. Some of his columns may contain excerpts from The Municipal Procurement Handbook published by Butterworths. 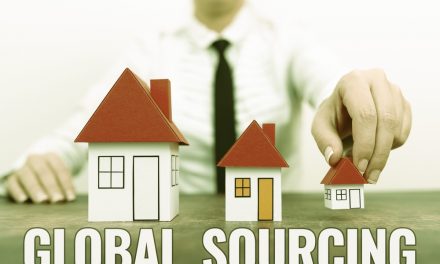