Governments should rethink the procurement process

Vendors and governments can learn a lot from each other. The procurement process ought to start long before the RFPs are issued, says Paul Campbell, a senior advisor for the University of Pennsylvania’s Fels Institute of Government.

Do you remember your first school dance? The boys on one side of the gym, the girls on the other, both too afraid to approach each other. Many of those fears evaporated as we came to know more about each other.

Too often, the government procurement process is like that dance. Government officials are reluctant to engage with potential private-sector vendors outside of the formalised bidding process, fearing that their ethics might be questioned or they might end up spending taxpayer money on products or services that cost too much or don’t work as advertised.

I started my career as a federal agent investigating public corruption and procurement fraud. I learned early on that government often fails to select the best competitive bid. The rules-driven process too often prevents an open dialogue between the private sector and government about the best solution. Government is criticised at times for not choosing the best product or service and at other times for showing strong, early support for a particular solution to the exclusion of others, even when it’s the best. There is so much emphasis placed on creating a level playing field that the process too often ignores the most important goal: the best outcome for citizens.

A frequent criticism is that key decision-makers already know what solution they want before the bid proposals are even received. Indeed, according to Shipley Associates’ Proposal Guide, "The prospect’s buying decision is 40 to 80 percent decided before any proposals are submitted." I don’t believe that statement is meant to suggest corruption or other wrongdoing, and I used to investigate corruption. When government is spending millions of taxpayer dollars, citizens should expect government to do its research early and identify the best solution.

And if a company can help a government understand the advantages and disadvantages of various approaches and in turn gain a deeper understanding of that public sector’s unique challenges, isn’t that a good thing? Do we want to create barriers for firms trying to help government solve big problems? In the crowded school gym, it might help to know a girl’s favourite song before you ask her to dance.

Moreover, government today does not always have sufficient resources to understand all the solutions that are available, especially in fast-moving industries such as information technology and health care. Companies that know how to help government understand its options are doing important work. Unfortunately, many private firms don’t know how to work with governments and educate them about their options. To be the most effective, they need to start educating policy makers and staff 12, 18, even 24 months before any bid.

And for government, it’s OK to ask. As Steve Kelman of Harvard’s Kennedy School of Government, who served in the 1990s as administrator of the Office of Federal Procurement Policy, wrote, "When government doesn’t take advantage of [industry] knowledge before issuing an RFP, it loses." Government can also use this time to educate companies about implementation barriers that must be jointly overcome. What’s the right approach for this sort of collaboration? A white paper published in 2012 by the National Association of State Procurement Officials (I was co-chair of the NASPO work group that prepared the paper) offers some useful guidance.

We know government’s failures carry more than just financial costs — taxpayers lives are affected as well. The potential for the public and private sectors to benefit from each other is immeasurable. So be courageous. Ask your sector counterpart if they want to dance. I will always regret not asking Mary Beth Kennedy to dance back in 1975.

This article was originally published by Governing. 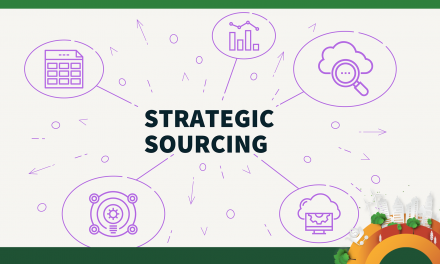