Manufacturing outlook down as PMI slumps

The seasonally adjusted ABSA Purchasing Managers’ Index (PMI) slumped in April 2017, after a solid performance during Q1 2017. The index fell to 44.7 index points from an average of 51.9 during Q1.

The decline was relatively broad based, with key PMI subcomponents that measure business activity and inventories slumping to multi-year lows. While the deterioration is worrying, the magnitude of the drop may not be reflected fully in official data as actual growth was already weaker in January and February than signalled by their higher PMI readings.

Nonetheless, the survey suggests that the sector experienced a rough start to Q2 2017.

The new sales orders index declined sharply in April, pulling along business activity. The 8.3-point fall in orders was likely driven by (the expectation of) weaker demand from local customers, as respondents still noted an improvement in export orders.

The inventories index also moved lower in April, dropping to the lowest level since 2009. The declines in these three indices were so steep, that the fact that the two other PMI sub-indices (accounting for a combined weighting of 35% of the headline) remained above 50 points could not prevent the headline figure from slipping sharply lower.

The index tracking employment stayed more or less unchanged at 50.3 points, while suppliers’ performance rose by 2 points to 53.

This was the first full survey after the recent cabinet reshuffle and subsequent sovereign credit rating downgrades. It is likely that respondents now anticipate economic growth and domestic demand to be weaker than before. As such, they have likely scaled back their expectations for orders and activity growth going forward. This is reflected in the decline of the index measuring expected business conditions in six months’ time, which fell to 55.8 points in April from 68 in March. It is also possible that the soured sentiment is reflected in the responses to questions pertaining to activity and demand, thereby resulting in a bigger downturn.

The purchasing price index increased in April after moving lower in February and March. This was driven by the weaker rand exchange rate and higher Brent crude oil prices (on average) during the month. With another fuel price increase effective from the beginning of May, costs could continue to move higher. 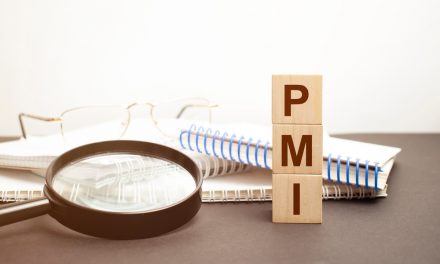 Blockchain will not save the world (at least not this year…)