The seasonally adjusted Purchasing Managers’ Index (PMI) retreated below the neutral 50-point mark in March after encouraging improvements during the first two months of 2018. The index shed 3.9 points to reach a level of 46.9 in March, off of February’s 50.8 points.

The key drivers behind the fall in the headline PMI were sharp declines in the business activity and new sales orders indices, noted the Bureau for Economic Research (BER). Inventories continued their decline from February.

The business activity index fell by 8.1 points to 46, while new sales orders declined by a similar margin to reach 44.5 in March.

Respondents indicated that exports declined during the month, which could explain the deterioration in overall sales orders. Exports could be affected by the recent strength in the rand exchange rate, which can weigh on the competitiveness of local goods in international markets.

The dip in demand, in turn, filtered through to lower business activity levels.

The inventories index fell further below the neutral 50-point mark to 41.4 – the lowest level since April 2017.

After three months of sharp improvements, the index tracking expected business conditions in six months’ time declined from its best level since 2001. The index fell from 79.1 to 73.7 in March, which is still high from a historic perspective, noted BER.

The purchasing price index edged slightly higher in March after three straight declines. The uptick was likely driven by the slightly higher Brent crude oil price during the month, while the rand was also marginally weaker against the US dollar.

Given the decline in activity and demand, the marked improvement in the employment index during March is somewhat surprising. The index rose to 49.3 points. Although still below the neutral 50-point mark, this is the best reading in a year, noted BER.

PMI sub-components tank: manufacturing during April lockdown at near standstill 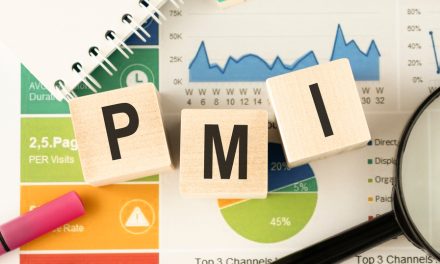