Mentoring entrepreneurs – two heads are better than one

Mentorship relationships assist entrepreneurs to identify areas in their businesses that are hampering their progress.  Sean Krige, Johannesburg Programme Manager at The Hope Factory, mentors small businesses for a living and tells SmartProcurement how the old adage that “using two heads is better than one” has never been closer to the truth.

I am particularly interested in understanding South Africa’s macro-economic issues, from a micro economic view point. A personal passion of mine, more appropriately phrased as a particular distaste, is unemployment. My dislike is exacerbated by the incredibly destructive cycle that unemployment so often causes.

From experience I am familiar with the emotions and difficulties associated with being unemployed. However, I know nothing of failing to provide for the ones I love the most owing to my passion for entrepreneurship. I am grateful that I have found a channel for small business development through my employment with The Hope Factory – an established Enterprise Development organisation associated with the South African Institute of Chartered Accountants (SAICA).

I would like to use South Africa current unemployment woes as a back drop for a mentorship session I conducted recently with one of our current Johannesburg entrepreneurs:

Tlokamo Trading is a one-woman business owned by Tlou Seanego, an expert seamstress and long-time resident of Alexandra Township. Chances are, if you live somewhere in Johannesburg’s northern suburbs and have ever had an interior decorator resolve your need for designer curtains, Tlou (or her team) made them.

Tlou has run more than six different sewing workshops for interior designers over the past 20 years. When I say she can sew anything you can think of with her eyes closed, I’m not exaggerating.

Four years ago, Tlou became tired of making her bosses very rich while she continued to earn a living wage barely enough to sustain her extended family in Alex. When I met Tlou earlier this year, she had just emerged from a particularly slow period in her business where she had been struggling to make ends meet. Now, just three months, 10 mentorship sessions and a heavy dose of marketing and finance workshops later, Tlou is looking a lot healthier than anyone (myself included), would have thought.

How did mentoring help? For me two things top the list:

For example, in an earlier mentorship session I ran Tlou’s latest job through a basic excel costing template that The Hope Factory created for its entrepreneurs. The ‘Ah-ha!’ moment occurred when Tlou discovered that her gross profit was only 6.25%! We estimated that the interior designer was likely making more than 300% profit on the job.

Is this a reflection of unethical business on behalf of the designer? No. It’s a combination of ignorance by both parties. The designer: qualifies her mark-up based on the fact that she sources the business, manages the client and provides the work to Tlou in the first place. Tlou: after four years into her business still had no idea how much profit she actually makes per job.

The solution?
1. Tlou begins charging a 20% profit (instead of 6.25%) on her services.
2. The designer starts to share the profits on a more equitable basis.

Through the mentorship relationship – and indeed using two heads instead of one – Tlou and I were able to identify an area in her business that was hampering her progress.

Who says you can’t solve our countries problems in a couple of paragraphs? 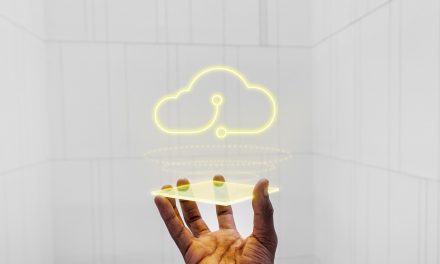 Vendor database optimisation: Are you doing it right?