Procurement perspectives: No magical solution when it comes to ethics policy

Stephen Bauld, a government procurement expert, unpacks the need to institutionalise ethics in the public sector.

Many have also created independent ethics commissions of various kinds – some of which operate with a full-time staff at arm’s length – both to the local municipal council and the municipal administration. Although some Canadian municipalities have appointed ethics commissioners, I am not aware of any that has established comparable institutional arrangements, adopted by such American cities as San Diego or Los Angeles.

I was working in Los Angeles last month and found that the policies and procedures in some cases are much tighter than the rules that govern Canadian municipalities. I also have clients in New York, and have reviewed the various factors that must be taken into account when developing suitable ethical procurement policies. In a paper on “How to Make an Ethics Program Work,” Mark Davis of the New York City Conflicts of Interest Board advises that:

“The purpose of ethics laws is to promote both the reality and the perception of integrity in government by preventing unethical conduct before it occurs;

The focus of ethics law is therefore upon prevention not punishment;

Ethics laws assume that the vast majority of public servants are honest and want to do the right thing, and thus that these laws are not meant to catch corrupt officials;

Ethics laws do not regulate morality, or even ethics, but conflicts (usually financial conflicts) between a public servant’s official duties and private interests (i.e., divided loyalty);

Ethics laws should encourage good people to serve in government by providing guidance to officials and reassurance to citizens that their public servants are serving the public and not themselves.”

He goes on to propose that a proper ethics program must rest upon the “three pillars” of:

These basic propositions have a considerable attraction. The difficulty is finding a manner of putting them into operation in a way that is both fair and workable.

No one has yet developed the optimal ethics policy – much less worked at how to apply it fairly in practice. I offer no magic solution here. However, I do hope to set out a number of concerns and observations that will prove to be of some use to those who are charged with developing a suitable package of ethical rules – at least in relation to municipal procurement.

My company PCI has worked with municipalities to develop a code of conduct and ethical policies this year. I will also be publishing a paper with some of my findings in this area soon, which may be useful for adoption in municipal bylaws.

As I have mentioned in the past, the reality is that the problems associated with conflict of interest – and other causes of ethical concern – arise long before any person is likely to recognize that a potential for such problems exists. In a case of a dishonest staff member, the municipality is ripe for the taking, and at that point many taxpayer dollars may be squandered before the problem is discovered.

Stephen Bauld is a government procurement expert and can be reached at swbauld@purchasingci.com 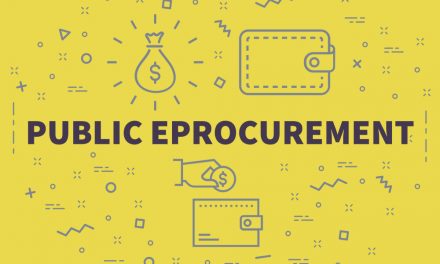 5 things you wish you knew about public procurement