Fraud and corruption in the supply chain management (SCM) environment, such as unauthorised rebates, kickbacks and dubious vendor relationships, are prevalent in the business and public sectors. Lucille Jansen van Vuuren of Volition Consulting Services discusses the nature of Africa’s beast, in this month’s SmartProcurement.

The actual cost associated with supply chain fraud is difficult to determine, but various research studies indicate:
• More than US$1-trillion is paid in bribes each year (World Bank report).
• Besides poverty and unemployment, corruption has been identified as a topmost national problem (UNECA African Governance Report)
• Company fraud, theft and corruption in South Africa is costing the business community over R100-billion a year, according to new data released by audit firm BDO (SAPA)
• The annual cost of fraud in companies has been estimated by numerous surveys to be between 1 to 7% of turnover. (Various surveys)

Where does fraud occur in the supply chain?

The inbound and the outbound supply chain are vulnerable to fraud risk (see image alongside).

In the inbound supply chain the risk is predominantly focused on the procurement process, several steps of which are vulnerable to fraud:
• Specifications
• Solicitation
• Evaluation and award
• Receipt and / or confirmation of service delivery
• Supplier Payment

Most companies focus on this aspect of the SCM process when discussing anti-fraud and corruption measures.

The fraud triangle – an African view

While there may be consensus on the severity and consequences of corruption, there is disagreement around how to understand its roots and dynamics, and on the policy solutions to combat it.

Amongst the theoretical explanations of the problem in the African context, the most prevalent are the institutional, public choice and cultural theories.

The institutional theory focuses on what it considers as the weak institutional structures, processes and capacities of African countries; arguing that Africa operates more through informal structures and processes, with an ‘economy of affection’ that allows for flexible and manipulative rules of political and economic transactions in which negotiations through bribery are a major means of securing agreements, contracts and political consent.

The cultural theory contends that embedded in Africa’s social structure – its values, mores and social organisation – are traits conducive for corruption to thrive. Linked with the low per capita income prevalent in the continent, this is a recipe for individuals to eke out their meager salary with what is seen as taking only a ‘drop from the ocean’.

The push for survival, personal wealth and betterment which constitutes a capitalist system generates opportunity-seeking behaviours of various kinds and promotes a generally unhealthy approach to business and transaction execution. Underhand or more subtle corrupt practices constitute a driving force of the system. (International Conference on Institutions, Culture and Corruption in Africa, 29–31 October 2008, Addis Ababa, Ethiopia)

How do these theories relate to the well-known Fraud Triangle?

What to do about fraud?

Whilst the risk of fraud cannot be eliminated entirely, an institution can implement or have controls in place to reduce the likelihood of it occurring. Effective fraud risk management is not one-dimensional and includes the following actions: (see image alongside)

Instances of fraud and corruption in the supply chain cycle are not easy to detect, prove or prosecute. Prevention is always better than cure. The amounts paid to settle any claims resulting from exposed fraud will always be secondary to the loss of reputation and integrity that companies / institutions may suffer for being associated with such claims.

Join Volition at the SAPICS conference and learn more about how to develop and implement an effective supply chain fraud risk strategy.

Lucille Jansen van Vuuren is a business unit manager at Volition specialising in procurement, outsourcing and business process development. For more information contact her at LJvanvuuren@volition.co.za

Taming Project Procurement: Better the Devil you Know than the One you Don’t… 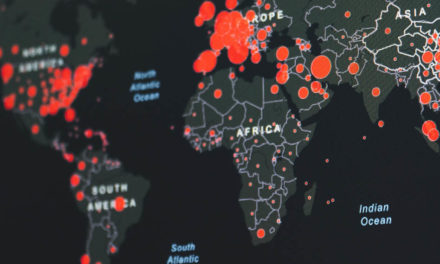