What makes SA such a popular outsourced destination?

Under increasing pressures to cut costs and achieve efficiencies in the current global macroeconomic situation, organisations look for destinations that are not only cost-effective, but can also provide quality services especially in terms of high-end processes. In this regard, South Africa has, to a large extent, been able to establish its offshoring mettle; a number of European, US and Australian companies have started offshoring complex processes to South Africa.

According to current estimates from Business Process Enabling South Africa (BPESA) – the BPO industry association in South Africa, the South African BPM sector employs 225 000 people and contributes more than R50-billion to the national annual GDP. The country accounts for 1% of the global business process and information technology outsourcing market.

How has South Africa established itself as the next emerging offshoring hub?

Lerato Sithole, Director of Supply Chain Management: Business-Process-as-a-Service for Deloitte, discusses the factors that are making South Africa a popular offshoring destination, in this month’s SmartProcurement.

However, South Africa does need to lower its risk scores in terms of security and labour market.

The availability of a large talent pool is a boon for any industry. The English-speaking population (5 million), combined with the availability of other linguistic capabilities, is a major factor for South Africa’s success. As per estimates from BPESA, approximately 410 000 BPO-ready personnel join the talent pool every year.

South Africa also has a steady supply of accountants and personnel with financial services capabilities.

Currently, this is close to 36 000 chartered accountants, 1 260 CFA charter holders and 920 qualified actuaries. As per the Human Capital Report 2015 published by the World Economic Forum, South Africa is placed better than Ireland, Poland (working age population and median age of population), Nigeria (human capital index ranking), Morocco and Egypt (labour force participation). However, it needs to reduce its unemployment level (24.6%) and increase the tertiary-educated population to cater to the rising demand of high-end offshoring services.

In order to promote the BPO industry and to create sufficient supply of talent, the government has launched a number of schemes and incentives for providing infrastructure, taxation and skill-related support.

In January 2011, the government launched the Business Process Services (BPS) incentive scheme, which was later replaced by the revised BPS scheme, which will be in effect until 31 March 2019. The Department of Trade and Industry (dti) estimates that approximately 9 000 offshoring jobs have been created through the BPS incentive scheme.

The main objective of the incentive programme is to create employment by servicing offshoring activities. The scheme additionally helps create youth employment opportunities, and contributes to South Africa’s export revenue from offshoring services.

The presence of large-service buyers such as ASDA, Amazon, Old Mutual, Carphone, Lufthansa, British Gas and Virgin Mobile, along with global service providers such as Accenture, WNS, Capital, Genpact, CSC and Teleperformance, enables South Africa to establish a robust supply-demand equilibrium. Many of these service buyers have opened their own customer-support operations within South Africa to support international customers, mainly located in the US and Europe.

One of the companies reaping the benefits of offshoring from South Africa has been online retail giant Amazon.

Amazon has established its customer service centre in Cape Town as a major delivery hub (1 000 employees) that provides inbound customer service for the US, UK and German retail businesses, and supports Amazon’s Kindle e-reader end users in the US, UK and Germany, including basic “how-to” assistance as well as technical troubleshooting. It also plays an important role in supporting the company’s US digital business, including the MP3 store, Amazon’s Cloud Drive and Cloud Player applications, and the Kindle Fire tablet device.

The support is provided through phone, e-mail and live chat. The team involved in e-mail support provides services in five languages: German, French, Spanish, English and Italian. To support the growing demand for support services, Amazon is adding hundreds of permanent seats in its Cape Town facility.

The company serves its customers through Lufthansa InTouch. Its Cape Town operation – the second-largest service centre within the InTouch network – has approximately 330 employees, while the Durban centre has about 200. Apart from South Africa itself, these centres service countries such as Germany, Austria, Switzerland, France, the UK, Ireland, Netherlands, Belgium, Luxemburg, Norway, Denmark, Sweden, Finland, the Baltics, Israel, and the United States. These services are provided in languages like English, German, French, Dutch and Hebrew.

One of the major factors affecting rand decline is the improvement in the US economy and the expectation of rate hikes by the Federal Reserve. Any rate hike implementation will have a negative impact on emerging economies as investors will start looking at developed western economies that will result in outflow of money towards the developed economies.

Another factor for the depreciation is the Chinese flexible foreign policy. The rand is one of the most exposed currencies to China, hence any adjustments to Chinese foreign policy has a direct impact on the Rand. After People’s Bank of China devaluated Yuan by 2% in mid-2015, the rand lost close to 26% of its value in the next six months.

Currency depreciation has always been a positive factor for the outsourcing industry as it makes the outsourced services cheaper for buyers of the service. A stable lower currency value of the country where the service provider is based usually warrants a higher return on investment (ROI) to the service buyer making the outsourcing decisions.

Show your worth: demonstrating procurement ROI 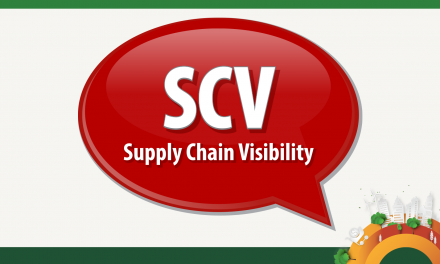 Too many suppliers, so little time…