Given its size, the public procurement market has the potential to improve public sector performance, promote national competitiveness and drive domestic economic growth. However, with such vast sums and interests in jeopardy, public procurement is the government activity most open to corruption and fraud. It provides numerous occasions for all involved to divert public funds for private gain.

To understand the size and frequency of these ‘diversions of public funds’, the World Bank’s Benchmarking Public Procurement report analyses 77 economies on issues relating to value and the promotion of transparency, accountability and efficiency in public procurement.

Therefore, there is a lot at stake.

Launched at the request of the G20 Anti-Corruption Working Group, Benchmarking Public Procurement provides comparable data on regulatory environments that affect the ability of private companies to do business with governments in 77 economies.

• Preparing bids captures elements of the procurement lifecycle that take place before a supplier submits a bid.
• Submitting and evaluating bids measures the ease of the bid submission process as well as whether the bid evaluation is an open and fair process.
• Awarding and executing contracts assesses whether, once the best bid has been identified, the contract is awarded transparently and the losing bidders are informed of the procuring entity’s decision.

Second, the compliance and reporting mechanisms indicator covers the ease of challenging a public procurement tendering process tender through a complaint system and reporting misconduct and conflicts of interest.

Benchmarking Public Procurement offers an objective basis for understanding and improving the regulatory environment for public procurement around the world. By doing so, it aims to promote evidence-based decision making by governments and to shed light over areas where few empirical data have been presented so far.

Benchmarking Public Procurement follows the approach of the World Bank Group’s Doing Business report, which has a recognised track record in measuring an economy’s laws and regulations and leveraging reform. By replicating the Doing Business approach and applying it to public procurement, Benchmarking Public Procurement offers data to fuel academic research, help governments assess the performance of their procurement systems and deliver a unique information tool to the private sector and civil society. 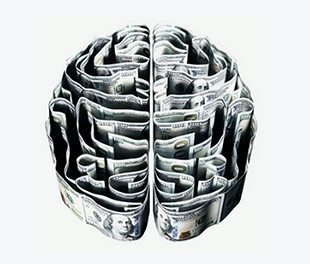 When managing direct spend, the difference is in the details

The changing face of the procurement office – a digital revolution

5 Procurement risks that need to be made visible