Autonomous procurement: the next evolution

Welcome to the world of autonomous procurement, where procurement professionals are augmented by machines and can focus on strategic relationships which require human creativity and empathy.

Centaur chess
In the world of computing, a seminal moment was reached in 1996 when IBM’s Deep Blue beat grandmaster Gary Kasparov. I was in the hall in Philadelphia that day and remember that it was odd to see Kasparov hunched over the board with no human opponent opposite him. Chess computers have permanently changed the world of chess.

The defeated Kasparov is now a proponent of what he calls “centaur chess”: just as the mythical centaur is half-man half-horse, in centaur chess the human plays with a machine against a similar-equipped pair. The centaur chess team plays better chess than either humans or computers can manage on their own.

One simple example is to take a box of chessmen, identify all of the pieces and put them on the starting squares to start a game. My eight-year-old nephew does this without thinking but it is currently beyond the capability of any artificial intelligence (AI).

This is an intriguing example of the way the future may pan out: the optimal interplay between humans and machines. This is the difference between pure AI and augmented intelligence. Centaur chess is all about amplifying human performance.

But we have to be careful making the leap from the highly-defined and constrained world of the chessboard to the messy world of human intelligence.

Augmented intelligence
People under 30 do not understand the term ‘travel agent’ any more, having never shuffled in to a retail store with tired, sun-bleached posters of Lanzarote to receive their paper air tickets with the curious red carbon and ‘foreign money’.

Four types of technology came together in the 2000s to sink this model: the rise of internet search engines, smart phones, trip review sites and electronic air tickets. Now, no travel agents. But, not so fast…

There is a new start-up called Lola which pairs travel agents with an AI chatbot and a back-end machine learning environment, working to get the best out of both human and machine. A centaur travel agent if you will. Paul English, the founder, says: “I want to make humans cool again”. The bet that Lola makes is that an augmented travel agent can be better than either a machine or an unaugmented agent of the 1990s.

We will start to see this in more and more professions: not the elimination of jobs but rather their augmentation.

Augmented procurement
We have been talking about intelligent spend management for some time now and this can often leave procurement professionals uneasy with the unasked question: “How long will it be before me and my team will be replaced with AI?”

Just like the travel agent of the 1990s, the procurement job consists of a lot of routine tasks along with human interaction with stakeholders. And, generally, the routine, mechanical parts of the role, such as copying request for proposal (RFP) responses from a Word document to a spreadsheet, or checking account codes on a purchase order (PO), are not the fun parts of the job. So, here is the promise of augmented procurement: not automation for its own sake but to provide the best experience for the users of the services by empowering the professionals to focus their time and efforts on the work that requires decidedly human intelligence, creativity and empathy.

Clayton Christensen notes that when something becomes a commodity, something else becomes more valuable. And, as traditional procurement tasks become more autonomous, truly human contributions will become more valuable. Contributions such as empathetic listening to stakeholders, negotiation, improving customer experiences, and inspiring and mentoring others. Sign me up, I want more of that as well!

Autonomous procurement
It is evident that machines and systems will work alongside tomorrow’s professionals as partners. The challenge here is to allocate tasks between human beings and machines, according to their relative strengths.

So, what are the relative strengths of the procurement professional and which tasks are best sent to the machine by our side? Purchasing professionals need to study their value chains and make a realistic assessment of each step and then ask: should I really be doing this?

Sometimes we have to be bolder when thinking through implications. You may decide that scanning invoices is something that a machine could do. The next stage would be to imagine a supplier sending documents electronically. The next might be to rethink the process completely so that there was no need for a typical invoice.

There is huge potential for this profession. In The Future of the Professions, the Susskind brothers set out two futures for all professions. Both futures rest on technology. One is reassuringly familiar. It is a more efficient version of what we have today. The other is transformational: autonomous machines for repetitive tasks aided by humans for human interaction and creativity.

Join SAP Ariba as we chart the world of autonomous procurement, where procurement professionals are augmented by machines and can focus on the strategic side which desperately needs human creativity and empathy. 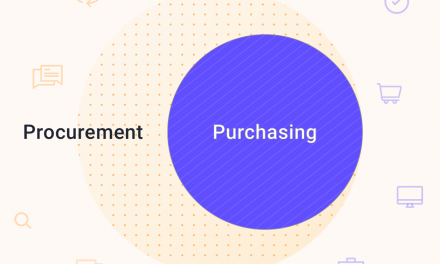 Procurement vs Purchasing vs Sourcing – Whats in a name?

Pcard’s main purpose is to save you money…

Perfect delivery: the new rules for survival, innovation and growth