South Africa’s gross fixed capital formation (GFCF) – a reliable indicator of investment in logistics infrastructure – as a percentage of GDP decreased from an average of 25% in 1970-1989 to 16% in 1990-2008, which highlights the economic roots of South Africa’s long-term infrastructure challenges, the Supply Chain Foresight Survey 2011 reported at its results launch last week in Bryanston. SmartProcurement was in attendence.

In the same periods China, India and Ghana have greatly increased levels of expenditure on infrastructure.

However, despite the constraints and challenges of South Africa’s infrastructure the country is still regionally competitive and a crucial trading partner, says the survey report.

The survey, sponsored by Barloworld Logistics, is conducted each year and questions senior supply chain people to plot and discuss trends across time, and aims to take a snapshot of the industry’s views.

Frost & Sullivan found some interesting figures among the 2011 data:

First was a demonstration of “true maturity [in South Africa] not seen before in the survey”: An amount of 29% of respondents indicated that ‘transforming supplier relationships into true collaboration’ is a top-five challenge – it was not indicated in the top five in the 2010 survey.

It reflects changing conditions – while ‘potential failure of key suppliers’ was a top-five challenge in the 2010 survey, which came about through key suppliers going out of business, 2011 is about helping suppliers become better in doing business with their customers through collaboration.

Second, indicating a short-term inclination to some of responses is the fact that ‘cost of fuel’ is no longer a top-five challenge in the 2011 survey – 30% of respondents in the 2010 survey listed fuel cost as a top-five challenge. “It suggests that price memory is a factor,” said Barry Saxton, a member of the discussion panel and a previous researcher for the survey, alluding to the high fuel prices of 2008 and how the respondents need to anticipate the ever increasing cost of energy.

As for the objectives in 2011, ‘increasing service levels to customers’ is number one (53% of respondents) by a healthy margin: lowering procurement costs, while number one in 2010, moves to second place with 39% of respondents indicating this is a priority.

Demonstrating that a cost focus is now accompanied by a renewed commitment to customers, improving customer communication featured third with 32% of respondents indicating it as a priority.

“Clearly, a cost focus in the last couple of lean years has to some extent been replaced by a renewed commitment to service orientation. This indicates pressure to fulfil customer expectations more efficiently post-recession, and an emphasis on delivering renewed value for customers.” says the survey report.

However, while strategic alignment continues to underpin most organisations’ efforts, “cost reduction is never far away. The difference may be that the reduction is in very specifically identified areas.”

An amount of 52% of respondents expect suppliers to report their carbon footprint.

Meanwhile, the fact that 70% of respondents feel that a lack of skills hampers South Africa economically against its competitors is unsurprising. However the survey went a step further and asked what organisations are doing to foster and develop necessary skills. In all but one of the 12 areas surveyed, organisations either expose employees to new jobs through rotation or development programmes, or mentoring.

About the Supply Chain Foresight 2011 Survey

The 2011 survey, conducted between Dec 2010 and Jan 2011, questioned 350 respondents over the web and conducted 30 C-level interviews. Noteworthy is that of the 350 web respondents, 47% were indeed C-level or executive level.

While previous years have examined changes in supply chain practitioners’ views owed to the recession, this year examined the power shift to emerging economies. South Africa is predicted to occupy the lower end of the BRIC nations, if it were to accept its invitation to join. 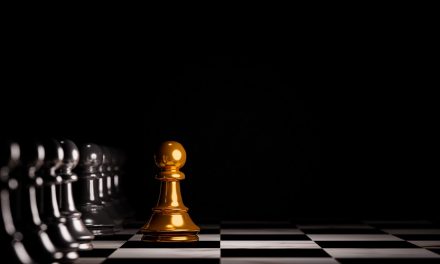 PART 2: How to negotiate with a SOLE Supplier