What are the South African scenarios in the current climate of economic turmoil?

In last month’s SmartProcurement Newsletter, we reported on the keynote address by internationally acclaimed scenario planner and popular motivational speaker, Clem Sunter, on the topic of “The China Game”. His address was delivered at the 2nd annual SmartProcurement Strategic Sourcing Conference that was held at the Irene Country Lodge in Centurion, Pretoria. This leg of Sunter’s talk dealt with specific scenarios for South Africa, and how these will probably affect the long-term health of our economy.

To kick-start this leg of the presentation, Sunter briefly introduced the ‘high road / low road’ scenario (which he already coined in 1986 when he was in consultation with then President FW de Klerk and his cabinet). He explained that the ‘high road’ would lead South Africa to economic prosperity for all citizens, whereas the ‘low road’ would lead to economic oblivion. Sunter asked delegates to consider where South Africa is now – 14 years later – and whether these scenarios still hold true.

When starting his assessment of the current South African landscape, Sunter used the analogy of the Premier Football League in the United Kingdom: If South Africa (as a country) was a player in the premier soccer league, we were, in 1994, in the mid-league. However, since then South Africa’s status has been in steady decline, and thus South Africa is now lying near the bottom of the league. This status, according to Sunter, can be attributed to (and measured against) several key factors such as:

So, what does this all mean for future scenarios?

The rule is simply this – do not get relegated! If it happens that you lose your sponsors and / or investors, your talent will emigrate, and your country’s currency will become volatile. The challenge to the new South African government is to avoid this ‘low road’ scenario, get back onto the ‘high road’, and get back into the mid-leagues, where we belong. For this to happen there are three clear conditions that need to be complied with:

Firstly, ‘brain leadership’ is crucial. Here we can take a leaf from the book of Singapore, a city state that, over the same period as South Africa, has steadily moved up the league ladder. For South Africa to be just as successful, the 1st generation African leaders need to make way for the 2nd generation. These leaders should have knowledge of the ‘game’, an inclusive style of managing, be performance driven and hold all stakeholders accountable. Most importantly, these leaders should be prepared to be judged by the results of their leadership.

The second condition is to ‘fix things’. South Africa has many pockets of excellence, for example organisations like SARS and Transnet. These organisations can be used as benchmarks against which other government departments, parastatals and state-owned enterprises can be measured.

The third condition for success is that leaders should develop an ‘outward / export’ point of view towards the economy, as well as a strong ‘inward’ focus towards job creation. Africa will, over the next 20 years, become ‘the place to be’, and with the 2010 Soccer World Cup on our doorstep, our chance to market South Africa is even greater.

Sunter ended his presentation on a high-note and gave the ultimate accolade to the procurement function when stating that: “Procurement will be the lynchpin for most organisations in the hunt to be (and stay) profitable. In these times, managing spend is a bigger priority than sales!”. 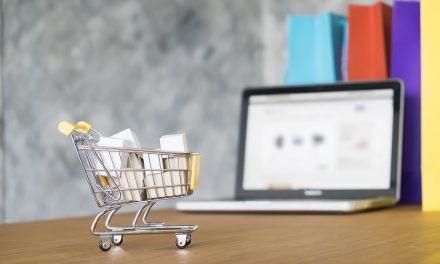 Perfecting the art of procurement? Learn from the masters